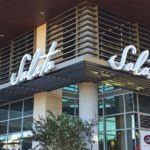 Recent studies have confirmed that the right signage solutions can have a real impact on the visibility and success of modern businesses. Investing in Houston custom signs can boost your profitability and increase foot traffic to your retail locations, allowing you to enjoy the most effective use of your marketing budget. Here are some of the most recent and important research studies on the proven marketing power of outdoor signs.

In 2012, FedEx Office released the results of a survey conducted by Ketchum Global Research & Analytics on its behalf. Their findings indicate that more than three-fourths of consumers had visited a store or retail location because of its signage. Other results of the FedEx Office Survey include the following:

These results indicate that the right Houston outdoor signs can have a significant impact both on your company’s visibility and its public image.

In 2012, BrandSpark and Better Homes and Gardens collaborated for the American Shopper Study™, which found that nearly 36 percent of respondents had been drawn to an unfamiliar store by high-quality signs. This represented a significant increase over the 29 percent positive response just one year earlier. More than 60 percent of consumers stated that they had failed to find a retail store or had driven by it because of inadequate or too-small signage. The study also indicated that outdoor signs are among the first things noticed by more than three-fourths of consumers.

The Economic Center at the University of Cincinnati

In August 2012, the Economic Center at the University of Cincinnati released findings on a survey of 225 businesses located across the U.S. regarding the signage solutions in use on their premises. About 70 percent of respondents reported having changed their signs in the last five years. Of those who had invested in changes and upgrades to their signs, 65 percent reported an increase in sales. The average amount of this increase was 12 percent.

At 4D Signworx, we specialize in Houston channel letter signs, fountain monument signage or advanced and programmable LED signs that can help your company stand out from the crowd. To learn more about the Houston custom signs we offer, call us today at 713-984-2010. We look forward to serving all of your signage marketing needs.